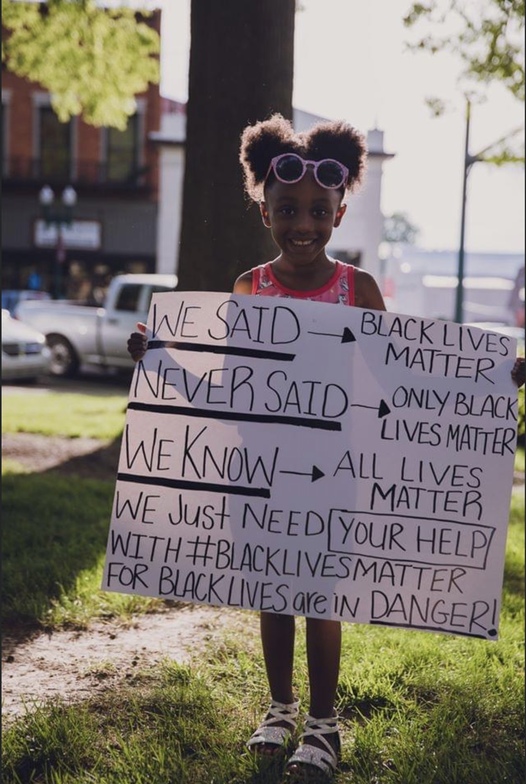 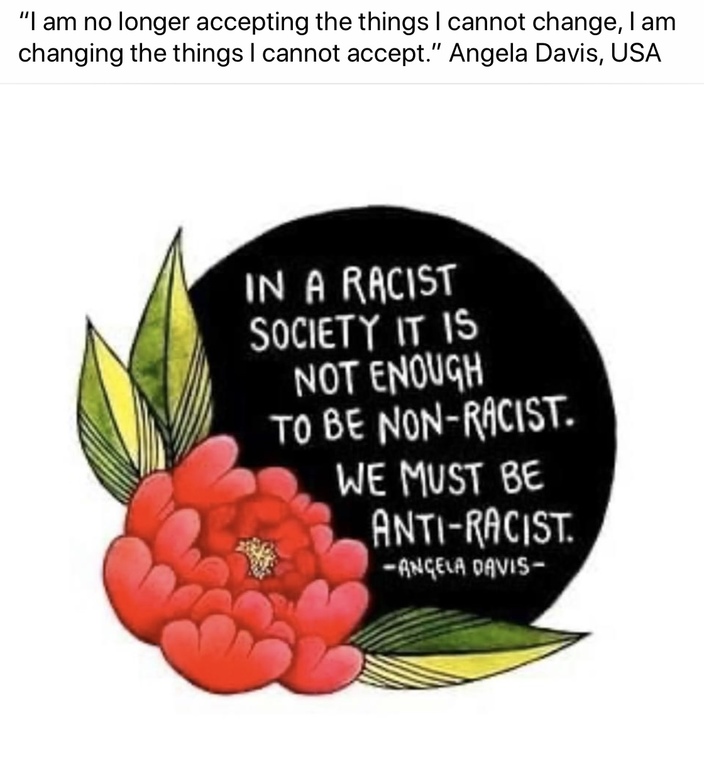 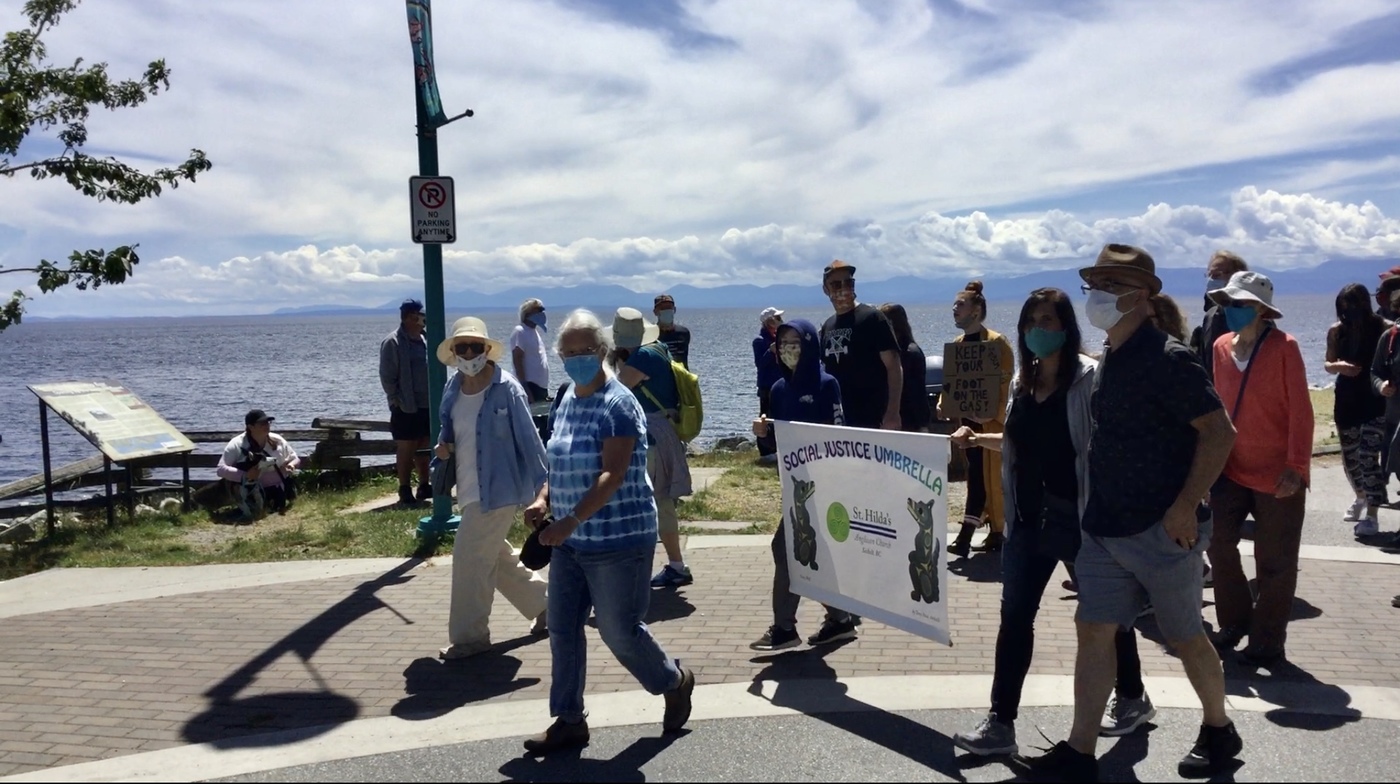 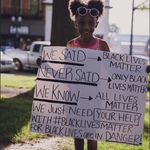 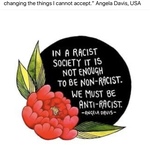 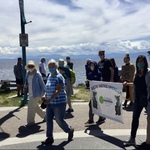 In 2012 representatives from St. Hilda's brought to that years Synod a motion to repudiate the Doctrine of Discovery.  The full motion can be found on our Social Justice page. http://www.sthilda.ca/ministries-and-groups/social-justice-umbrella-outreach/pages/indigenous-justice
Although the motion passed unanimously many did not realize how entrenched in our systems of government, institutions, and society these views continue to be expressed.

In the sermon below by Dawn Hutchings (Lutheran Minster from Holy Cross Lutheran, Newmarket, Ontario) she brings the church to task for its major role in begetting the Doctrine and how it's use of language in our readings perpetuates it.

How did we get here? All over the world people are marching in the streets proclaiming, “Black lives matter.” Millions have defied the fear of the corona virus, and taken their lives into their hands to venture out into the streets to protest the systemic racism that permeates institutions all over this planet. Even in Canada, where it takes a colossal effort to turn people out into the streets, even in Canada hundreds of thousands of people have defied public health orders to march against racism.

By now we are all familiar with the recent murders which ignited the powder keg of outrage which continues to propel people into the streets. As horrific as these current murders are, it is not enough for those of us who benefit daily from our white privilege to simply look to the most horrific consequences of racism in order to understand the inherent depths of systemic racism which infect our world. If we are to begin to untangle ourselves from our own participation in the proliferation of racism, we must begin to understand the role of Christianity in the creation and maintenance of white supremacy.  For the same Christianity which gave us these words from Galatians which I just read as today’s Gospel, also gave us the words which are actually prescribed as the Gospel reading for this Trinity Sunday.

“All of you who have been baptized into Christ have clothed yourselves with Christ. In Christ there is no Jew or Greek, slave or citizen, male or female.  All are ONE in Christ Jesus.” This is the Gospel as it was professed in the first century, by the followers of the teachings of Jesus of Nazareth. But this is not the gospel reading which is prescribed for this Trinity Sunday. The prescribed reading for this day comes from the end of the Gospel According to Matthew, which was written by an anonymous gospel-storyteller that we call Matthew. This prescribed reading is known by the Church as “The Great Commission.” I deliberately, did not read “The Great Commission” and indeed, I doubt that I will ever again read The Great Commission and publicly claim it as “Gospel.” Over the course of many years of study, I have come to believe that the so-called “Great Commission” is anything but the “Gospel.” Indeed, I have come to believe that this particular ending to the Gospel According to Matthew may be the source of the systemic racism which permeates, not just the Church, but also, all of the Western cultures and institutions which arose out of what history has dubbed the Holy Roman Empire.

Hear the words, prescribed for this Trinity Sunday, they come from the end of the Gospel According to Matthew, and as I said before this reading is known as Jesus’ “Great Commission.” Matthew 28:16-20

“The Eleven made their way to Galilee, to the mountain where Jesus had summoned them. At the sight of the risen Christ they fell down in homage, though some doubted what they were seeing. Jesus came forward and addressed them in these words: “All authority has been given me both in heaven and on earth; go, therefore, and make disciples of all the nations. Baptize them in the name of Abba God, and of the Only Begotten, and of the Holy Spirit. Teach them to carry out everything I have commanded you. And know that I AM with you always, even until the end of the world!”

Here ends the gospel, not according to the anonymous gospel-storyteller which we call Matthew. No, no, you can’t get out of a first year New Testament class and not learn that the vast majority of New Testament scholars agree that this particular ending of this anonymous gospel, was added much later and the reality is that Jesus never actually said these words.

Let me be clear, the so-called “great commission” was added to the gospel by the Christian community sometime around 325 – to bring it into line with the brand spanking new Creed which you know as the Nicaean Creed. Now whether or not you agree with the preponderance of evidence unearthed by New Testament scholars, about the very real possibility that Jesus never actually issued the Great Commission, you must begin to understand that these words, whether Jesus said them or not, these words became the justification for The Doctrine of Discovery. In 1493, Pope Alexander VI (6th) issued the Papal Bull which would give license to European Christians to colonize the world.  The Church granted white European Christians the authority to claim, seize, conquer, and “Christianize” any and all lands inhabited by people who were not Christian.

Colonizing became Europe’s preferred method of evangelizing and in Jesus’ name indigenous people were slaughtered or subjugated. The Doctrine of Discovery not only justified the dehumanization of those peoples who lived in lands beyond Europe, the Doctrine of Discovery, birthed by the Great Commission, solidified the notion of white supremacy in the so-called “civilizing” of North and South America, Australia, New Zealand, Africa, Asia, and far too many points in-between to enumerate here.

The roots of today’s civil unrest run deep into the very bible the colonizers used to ensure the privileged status  their descendants, that’s you and me, and all the other white privileged folk who continue to thrive as settlers, on lands stolen from indigenous peoples.

I am only beginning to learn the contours of my own white privilege.  While there is so much more for me to learn, one thing is becoming clear, it is long past time for me to listen to the cries of all those who have felt the knee of my privilege pressing down upon their necks. It is time for me and my privileged sisters and brothers to learn about the ways in which the institutions, in which we have thrived, have perpetuated systemic racism.

It is long past time, for us to set aside our defensive denials of our own white privilege and accept the truth of our participation in the racism which is perpetrated on our black, brown, red, and yellow sisters and brothers. All lives will not matter unless and until black lives matter, brown lives matter, indigenous lives matter, and Asian lives matter.

No place is our white privilege more evident than in the church which has fostered us, nourished us, grounded and sustained us in our white privilege, while all the while claiming authority from none other than Jesus himself to baptize all nations in his name. So, on this Trinity Sunday, when the Church celebrates its creeds, let us not look to the Apostles’ Creed, the Nicene Creed, nor God-forbid, the Athanasian Creed. But let us look to the very first creed; the creed quoted by the Apostle Paul in his letter to the Church in Galatia

Paul’s letter to the Galatians was written long before the second, third, or fourth century when the Great Commission was added to the Gospel according to Matthew. Paul’s letter to the Galatians was written in some 20 to 30 years after the life of Jesus of Nazareth. Many scholars now believe that the Apostle Paul did not actually write the words of the first Creed, but rather quoted them from the well-known liturgical practices of the first followers of the teachings of Jesus. The Apostle Paul borrowed and adapted the words, which were the earliest attempts to capture in words the meaning of the Jesus movement.

This nascent Jesus movement understood well the tendency of humans to resort to tribalism and in the teachings of Jesus they came to understand “that race, class, and gender are typically used to divide the human race into us and them to the advantage of us.” This evolving Jesus movement declared in their creed that there is no us, no them.  We are all children of God. The Jesus movement was about solidarity, not cultural obliteration.

New Testament scholar Stephen J. Patterson has studied the early manuscripts in an attempt to uncover the words which the Apostle Paul quoted and adapted.  His unearthed version of that first christian creed reads like this:

Imagine a subjugated and oppressed people hearing that they too are “Children of God” for in the DIVINE MYSTERY we call GOD there is “no Jew or Greek” no race; there is “no slave or free,” no class; there is “no male or female,” no gender. In the eyes of the DIVINE all are equal. Please do not hear this as a denial of race, class or gender, but rather a denial that race, class and gender can be parleyed into a first-class ticket to the Kin-dom of God. Now imagine a misguided white privileged member of a racist system hearing, “your race, class and gender” are of no account for all are equal, all are children of the DIVINE.

Just how different would our world be if the Church in which we were nourished, grounded and sustained had not have become “a citadel of patriarchy” and enforced a regime prioritizing race, class and gender? Even the very Trinity, which we are called by the Church to celebrate today, even this doctrine carefully designed to depict the very nature of the DIVINE MYSTERY has for generations portrayed the institution’s preference for a white, male, god who quite naturally bestows riches upon those created in the image of its white, male deity. “You are all children of God. There is no Jew or Greek, there is no slave or free, there is no male and female, for you are all ONE.” In the Kin-dom of the DIVINE, race, class, and gender do not bring with them privilege.

So, now what? What are we, the benefactors of church’s institutional racism, to do, now that we know the nature of our white privilege? Well, we might begin with the difficult work of confession. We have a lot to learn and a lot to confess. Denial is no longer an option. As the contours of our privilege become clearer, we need to learn to repent; to turn around, and to cease and desist. Some of us will need to just shut up and listen. Once confession and repentance begin to lead us beyond our tribalism, then the really difficult work of reconciliation will begin. This means many of us will need to look in the mirror and see the things that are actually there, not the things we hope to see, but the actual truths that are reflected back to us. It means having the intellectual courage to confess that Jesus didn’t say all the things we would have liked for him to say. It means moving beyond our cherished notions about the nature of the DIVINE MYSTERY, even the blessed trinity! It means having the courage to learn at the feet of others, silently, reverently, and respectfully.   It may even mean having the honesty to give back what was never ours in the first place.

How to take breaks from the climate crisis without living in denial.