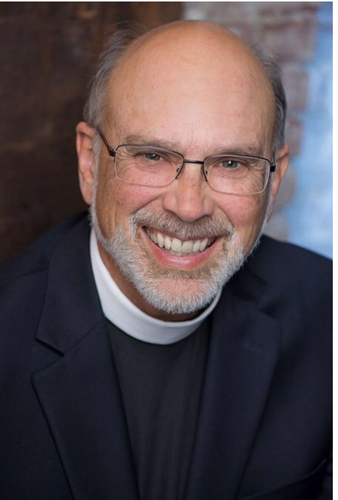 Ordained as Deacon at St. Hilda's for over 20 years, Bruce has been a member of the parish since 1985, and has a long history on the Sunshine Coast, beginning with the arrival of his grandfather in 1919.

Bruce held the role of Chief financial officer with Trail Bay Properties Ltd., his family owned business, from 1985 to 2005, when he assumed his current role as company president.

He has offered his skills to serve his community in a variety of roles.  From 1971 until 2004 Bruce volunteered with Scouts Canada acting as a leader, commissioner and trainer.  From 2013 to 2014 Bruce served on the District of Sechelt Financial Advisory Committee.  He has been a director and treasurer of the Sunshine Coast Community Foundation.  In 2014 he worked with the Sunshine Coast Homeless Advisory Committee to establish a homeless shelter in Sechelt.

Since 2015 Bruce has provided leadership and guidance on administration, finance and human resources activities as archdeacon for the Diocese of New Westminster

Bruce's areas of ministry focus on adult Christian education and outreach into the community.

He looks for opportunities in the workplace for ministry. He is married to Margaret and has three grown children.