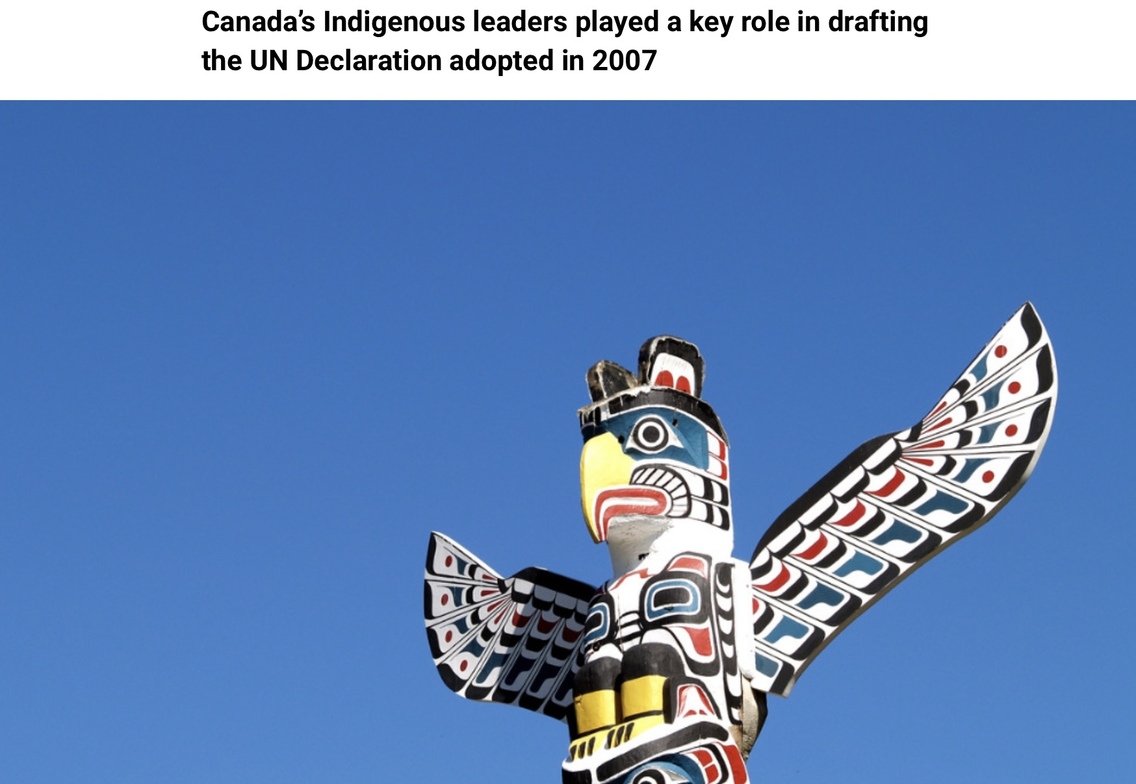 David Lametti, federal justice minister and Canada’s attorney general, introduced Bill C-15 on Dec. 3, which sets out a framework for the federal government’s full and effective implementation of the United Nations Declaration on the Rights of Indigenous Peoples (UNDRIP).

Bill C-15, or the United Nations Declaration on the Rights of Indigenous Peoples Act, affirms UNDRIP as a universal international human rights instrument that applies to Canadian law and requires the federal government to consult with Indigenous peoples and to adopt the necessary measures to ensure Canadian laws adhere to Indigenous people’s rights.

The Declaration, adopted by the UN General Assembly by most member states in 2007 and endorsed without qualification by Canada in 2016, is an international human rights instrument that affirms the minimum standards for Indigenous peoples worldwide to survive and live with dignity and wellbeing. Indigenous leaders from Canada performed a key role in drafting and negotiating the Declaration.

Bill C-15 provides for the development of an action plan that contains measures to deal with injustices, prejudice, violence and discrimination against Indigenous peoples; supports human rights education that advances mutual respect, understanding and good relations; and addresses the monitoring, oversight, recourse and accountability aspects of implementing the Declaration and the monitoring, review and amendment aspects of executing the action plan.

The proposed legislation aims to safeguard the rights of Indigenous peoples such as the rights relating to self-determination, self-government, equality, non-discrimination, culture, language, identity, lands, territories, resources, institutions and legal systems. It also emphasizes why it is significant to ensure that treaties, agreements and other constructive arrangements between the Crown and Indigenous peoples adhere to such rights.

“Bill C-15 represents an important step forward in our collective reconciliation journey- rooted in the recognition of Indigenous rights, respect, cooperation and partnership,” said Lametti in the news release.

The legislation was developed in response to the Truth and Reconciliation Commission’s 43rd Call to Action, and to the National Inquiry into Missing and Murdered Indigenous Women and Girls' Calls for Justice. It and was built upon former Private Member’s Bill C-262.

“Today is another step forward as we continue to chart a new path together toward a renewed relationship and a better, more inclusive future based on the affirmation of rights, respect, co-operation and partnership,” said Bennett in the news release.

The Métis National Council issued a statement welcoming the introduction of the proposed bill and urging political leaders to heed the widespread support for its passage. “The Métis Nation is a strong supporter of this legislation to implement the UN Declaration, and I urge everyone to stand with us to do the same,” Chartrand said in the Council’s news release.

The federal government has already taken action to reflect UNDRIP in other legislation, including An Act respecting First Nations, Inuit and Métis children, youth and families, and the Indigenous Languages Act.