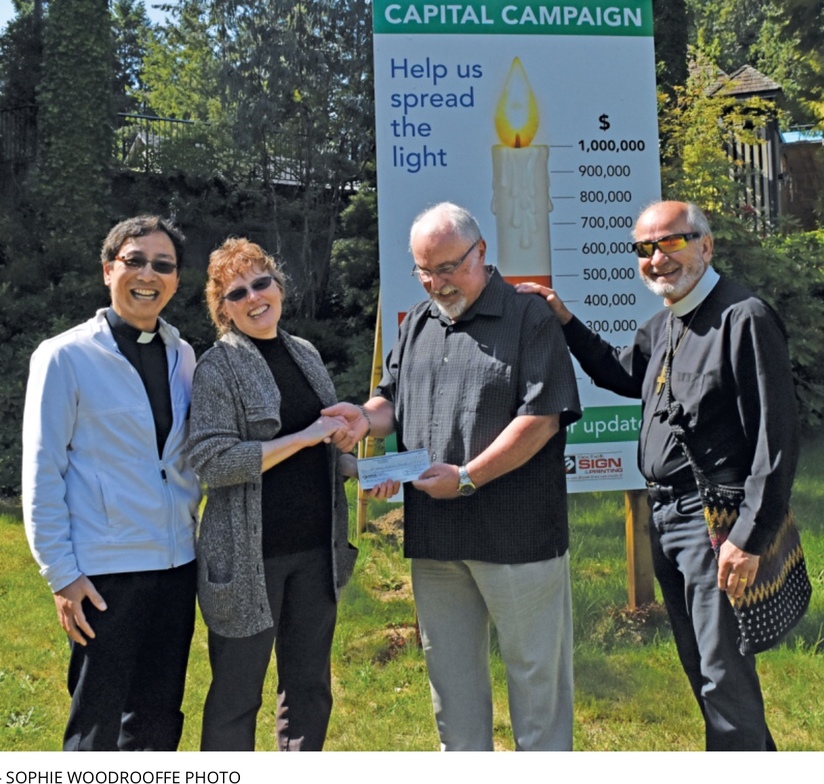 Thanks to the Coast Reporter

Despite needing a new roof of their own, the 30-person congregation of Living Faith Lutheran Church in Davis Bay opted to donate $5,000 toward the restoration of St. Hilda’s Anglican Church in Sechelt. From left: Clarence Li, rector at St. Hilda’s Church, Roslyn Mundy, co-chair of Capital Campaign Committee, Terry Byrnes, chair of Living Faith Church Council, and Richard Hergesheimer, part-time pastor at Living Faith Lutheran Church. St. Hilda’s is seeking to raise $1 million for extensive structural renovations. So far, the old roof at St. Hilda’s has been removed, the roof has been sealed and the walls have been pulled back to plumb. To date, the church has raised more than $500,000. Living Faith has also been making its space available for various St. Hilda’s committee meetings. “They’ve been so generous. They threw open their doors to us,” Li said. Living Faith will be hosting a fundraising concert for St. Hilda’s on June 9.