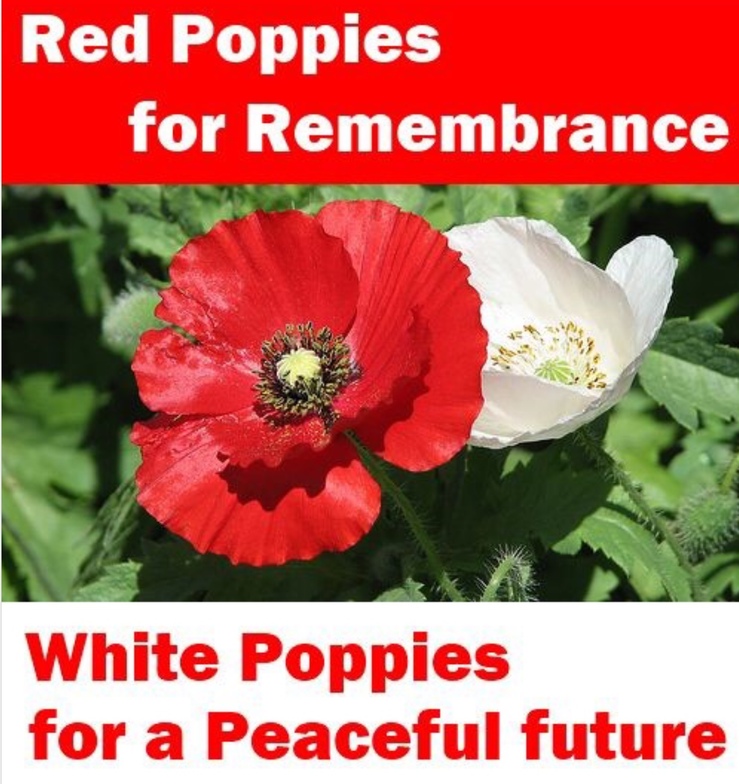 St. Hilda’s Social Justice Umbrella encourage you to wear a white poppy as well as the traditional red poppy in the run - up to Remembrance Day.

White poppies were first introduced in the UK in 1933, and broaden the symbolism of Remembrance Day to include all civilian casualties, and to emphasize the need to work for peace.

1. Remember: White Poppies recall all victims of all wars, including victims of wars that are still being fought. This includes people of all nationalities. It includes both civilians and members of armed forces.    Today, over 90% of people killed in warfare are civilians.

2. Stand up for peace:White Poppies symbolise the conviction that there are better ways to resolve conflict than through the use of violence. They embody values that reject killing fellow human beings for whatever reason.

This Year wear a White Poppy…