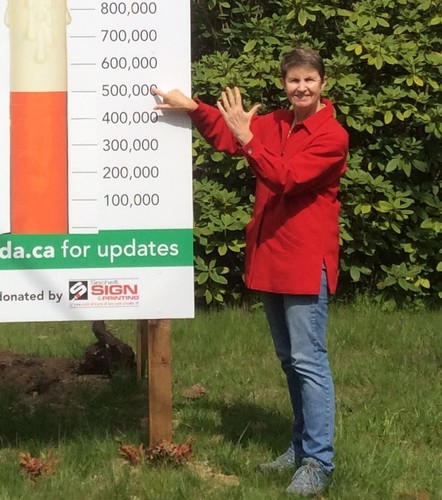 Janet joined St. Hilda's in 2011 after retiring to Garden Bay in Pender Harbour with her husband Steve Luchkow.

Originally from Alberta, she was baptized as a child in the United Church, attended a Presbyterian church in her teens, and was confirmed in the Anglican faith in 2003.  Janet was elected as a Warden in October 2021 and is also Secretary of Parish Council, Chair of the Cemetery Board, and participates as one of the Zoom hosts, Sunday Counters, and Sacristan Servers as well as being one half of the Screening in Faith team.  From 2018 to 2021 she also was a Co-Chair of the Capital Campaign Committee for the restoration and repair of St. Hilda's.

Janet and Steve are active members of the Pender Harbour Hikers as well as being grandparents of 3 who also live on the Sunshine Coast.